Balcraggie House is the old Church of Scotland manse in Glenelg. This regency house was built in 1830 to replace an earlier manse that dates back to the 1720s – the foundations of which can still be seen in our garden.

The road which passes by Balcraggie House is an old Military Road which leads to the now ruined, barracks.

Boswell and Johnson rode past the hosue on this road during their Scottish explorations. Boswell’s account of Johnson sulking and grumbling his way down from Rattagan pass is high comedy.

Nearby, is the old drovers’ route which was used to take cattle from Skye to the markets in Kinlochhourn and further south to the lowlands.

The poet James Macpherson stayed at Balcraggie House while working on his poem cycle, “The Works of Ossian”. Almost unreadable now, his work took the late eighteenth century by storm and influenced writers (Scott and Goethe) , painters (Ingres and Girodet), and musicians (Schubert and Mendelssohn), not to mention political figures such as Jefferson and Napoleon. Ossian was the impetus for a new focus on Scotland and things Scottish.

It could be argued that the modern Romantic view of Scotland was largely inspired by Macpherson’s time in our house and grounds! 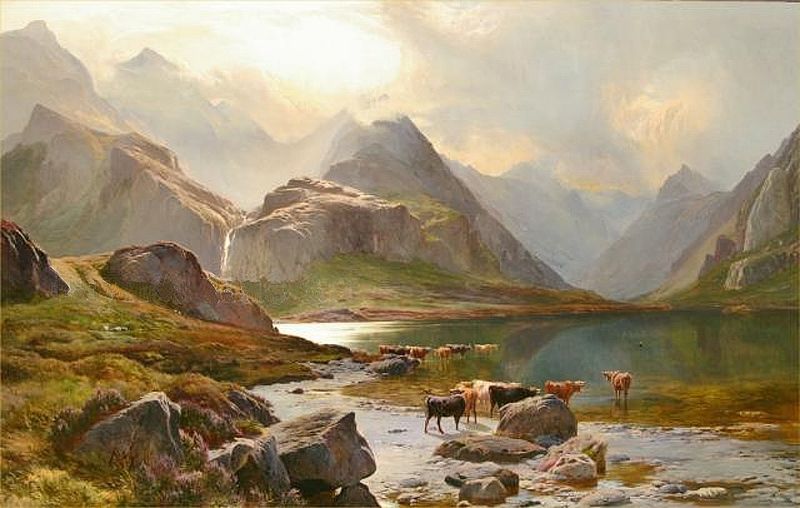